Q: What would you do, if elected, in the event of future strikes by municipal employees in essential services such as Sewer, Water and Hydro, Police and Fire, Snow Removal and Transportation Safety, and – last but not least – OC Transpo?

A: Let me tell you a little story. I first met Ronald Regan in the 50s, when we were both shooting TV shows in Monument Valley. He had recently taken over from The Old Ranger hosting Death Valley Days and a bunch of us from Warner’s were just over the next butte, on location shoots for the next season of the Bugs Bunny and Roadrunner shows. We all used to get together after work and bend an elbow or two ’round the old camp fire – where Ronnie and I discovered a mutual interest in politics. He was actually President of the Screen Actors’ Guild over roughly the same period I was head of the Federation of Animated Actors.

Sure, Ronnie switched loyalties to the Republicans in ’62 and I was always a Democrat, but that didn’t keep us from discussing the issues in a civil manner. He was a real gentleman, unlike some folks you meet in politics. And don’t even get me started about Joe McCarthy! Anyway, we remained good friends to the end of his life and I often talked to him about the challenges he faced in the Whitehouse. The night he fired the Air Traffic Controllers, I called him up immediately on the private line and Nancy put me right through.

Ronnie just said, “Well… The way I see it, if the service is essential, then it’s an Essential Service. And I’ll be damned if I’m taking a train all the way out to the Ranch for Christmas!”

He basically said to the controllers, “Yer done, boys. And so is your union. You’re welcome to come back in to work on Monday, but you’ll be playing by my rules.” 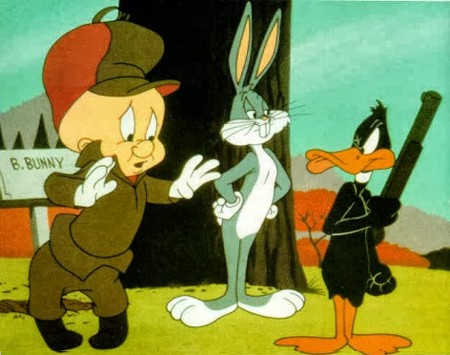 “I’ve played ‘The Gunslinger’ myself more than once…”

Well… I’ve played ‘The Gunslinger’ myself more than once in my career and I can tell you Ronnie wasn’t the only guy out there who’s not afraid to call a spade a shovel! Having worked at the highest levels in private-sector labour organizations, I know the difference between negotiation and blackmail.

Previous Mayors and Councils have balked at asking senior levels of government to declare Transit and other City services officially Essential, which would have allowed any right-thinking administration to order striking workers back to the job. Enough with the nonsense and shilly-shallying! I say, if some guy wants $70k a year to drive a bus, he’d better be prepared to put up with a little scheduling inconvenience now and then, and to work within an operations structure in which the ‘bosses’ actually do the bossing!