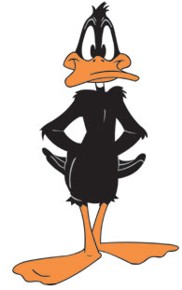 “Why on earth did you decide to run for Mayor of Ottawa?” people often ask, as Darrel Duck waddles door to door shaking wings and pecking babies.

“I did not take this decision lightly,” Duck says. “Unlike the Mayors of some other major Canadian cities, I never make important commitments when I’m in a drunken stupor.”

“I’ve dedicated myself and my personal fortune, as a concerned citizen, to the wellbeing and contentment of the residents of Dow’s Lake and the Central Experimental Farm for almost 30 years,” Duck proudly states.

“I’ve waited in vain for a common sense revolution at City Hall and, now, I can’t wait any longer. Nor should the good people of Ottawa have to wait any longer,” Duck told a gaggle of supporters recently outside his waterfront home in the centre of the ward.

Yet, there are those who disparage Duck’s executive aspirations. “Isn’t it just crazy to run a Duck for Mayor?” they cry.